A modified version of Judtho Duo can be played with a chessboard and standard pieces...

Players take turns to place King, Queen, either Prince or Princess, Rook, Knight, Bishop and six Pawns on the three ranks closest to them.

With most chess pieces, it is possible to invert the Rook and place either the Bishop or the Knight on top of the Rook to represent either the Princess or the Prince respectively. 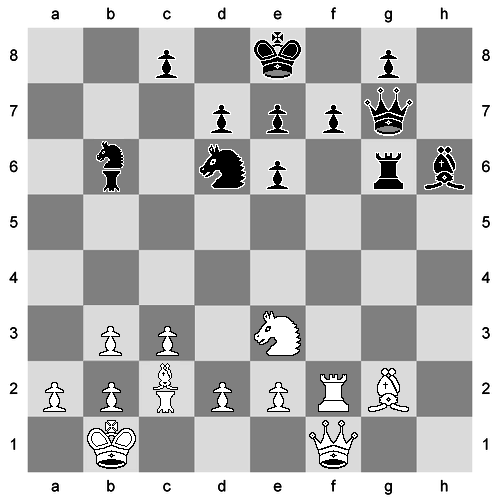 However, because of the smaller size of the board, the moves of the Prince and Princess are reduced in scope.

The Prince makes one of three types of moves:
The Prince's move on a standard chessboard is shown below: 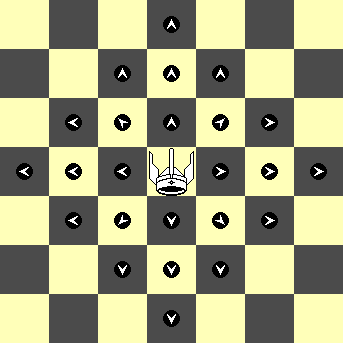 The Princess moves one, two or three squares along a rank, file or diagonally as shown below: 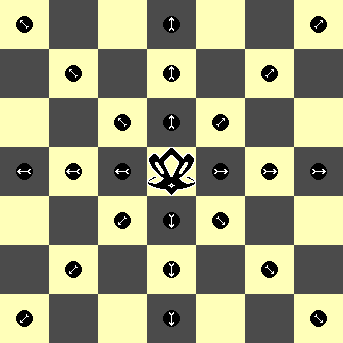 The other powers of the Prince and Princess remain the same - i.e. they both can make multiple captures and the Princess can jump to any square in her range.

The rules remain the same as in Judtho Duo (described in the Easy Rules section of this website).