Two new pieces, both more powerful than a Queen, yet very different... 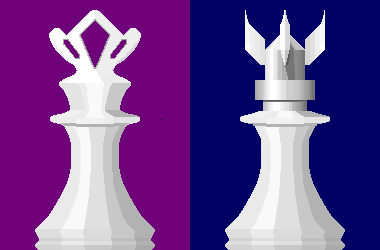 The Princess & the Prince

In both Judtho Duo and Judtho Trio, players start with both a Princess and Prince. However, in Judtho Quattro, players must choose. Here we'll take a closer look at these exceptionally powerful pieces and discover their strengths and weaknesses...

The Princess' move is shown below: 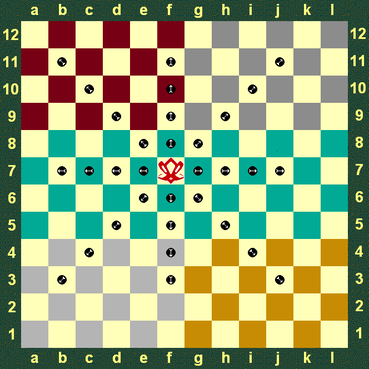 The Prince's move is shown below: 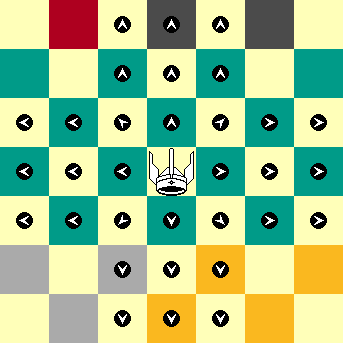 The Princess is particularly effective at winning material and is faster than the Prince, especially because she can jump over pieces.

The Prince is particularly effective at capturing the opponent's King because its very concentrated power easily covers all the escape squares of a King. Indeed, it is the only piece that can attack and cover all a King's escape squares even in the centre of the board.